There was carnage in the market today. Despite that, there were two stocks that bucked the trend and finished well into the green. Stabilis Solutions, Inc. (SLNG) finished up 71% while Winc, Inc. (WBEV) finished up 12%.

SLNG increased as heavily as it did because it announced that it has received authorization from the U.S. Department of Energy (“DOE”) to export domestically produced liquefied natural gas (“LNG”) to all free trade and non-free trade countries, including Asian, European, and Latin American importing nations. Under the DOE’s order, Stabilis received authority to export on its own behalf, or as agent for others, up to the equivalent of 51.75 billion cubic feet per year of domestically produced LNG. The authorization is for a term of 28 years.

While 71% is a nice move, we can’t begin to explain how much of a game changer this is for SLNG. So we’ll just show you one chart from the IEA which should clearly explain why this is so important: 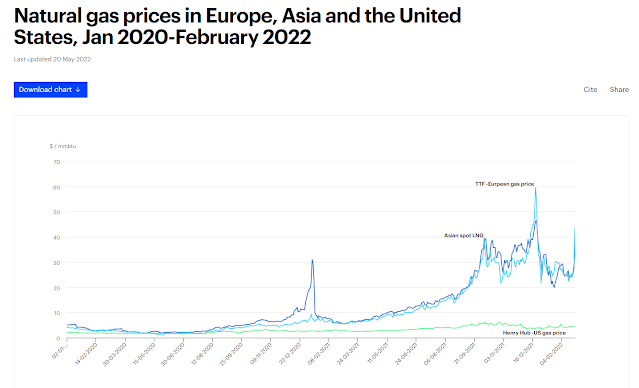 Up until recently, the LNG prices across the globe were reasonably aligned. Thanks to certain geopolitical shocks and increasing global demand, the price for LNG has skyrocketed across the globe while growth is rather tepid in the United States, leading to headlines like this: 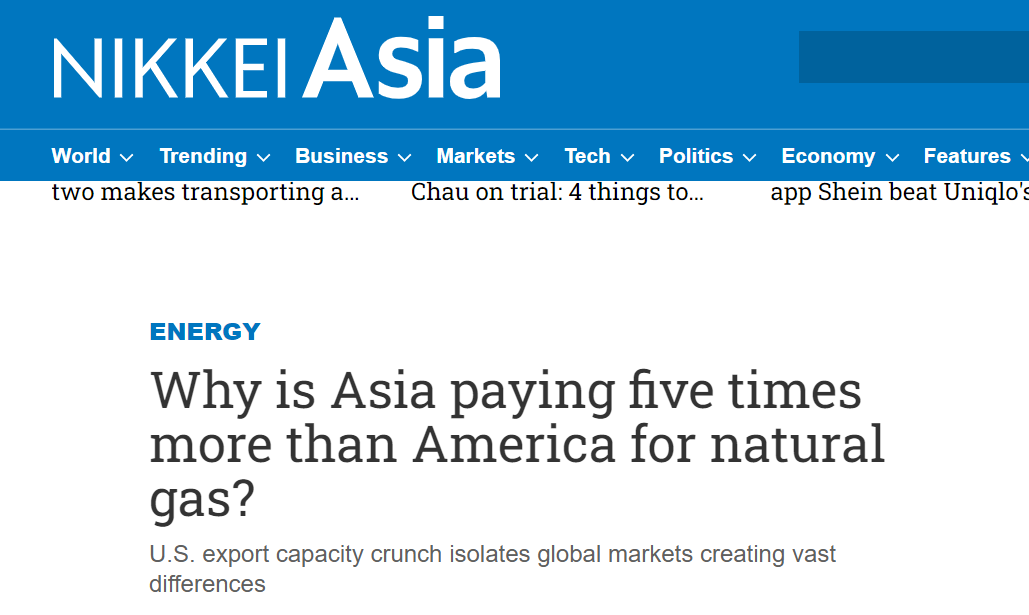 “But even though they are higher, U.S. natural gas prices lag sharply behind global bench marks. In Europe, the index price for the fuel soared sixfold over a year to the equivalent of around $170 a barrel when using crude oil terms. Upward pressures include stagnant supplies from Russia that led to a shortage of inventory.

The U.S. can thank its limited LNG export volume due to capacity constraints for the relatively small rise in prices, insulating its market from the impact of European and Asian demand.

The combined capacity of U.S. gas liquefaction plants stands at 10.8 billion cubic feet per day, according to the U.S. Energy Information Administration. Although this metric has tripled over the past three years, the LNG only accounts for about 10% of the U.S.’s total natural gas output.”

The United States has limited capacity to export natural gas, and LNG is an even smaller subset of that. SLNG has now been authorized to export 51.75 billion cubic feet per year of domestically produced LNG. Compared to the 10.8 billion per day quoted in the article – or just under 4,000 billion a year – SLNG is now allowed to export 1.3% of that. Pretty impressive for this little $162 million market cap company.

The bull thesis should be real easy here. This is a snapshot of the company’s last financials:

On a cash flow basis they are making money. But when you add in depreciation expenses, they actually lose a bit on a net income basis. LNG product revenues have increased 58% in the first half of the year. And that’s based on constrained U.S. pricing. Now imagine going forward that the company can start earning revenues FIVE TIMES larger than that by exporting to Europe and Asia.

51.75 billion cubic feet would translate to roughly 53.3 million mmbtu. If SLNG is now allowed to sell that at $30 per mmbtu, that’s a mind-boggling $1.6 billion in revenue. The company is likely going to have to build up to that capacity, so it won’t happen overnight. But let’s say that LNG revenue that’s currently at $20 million a quarter skyrockets to as much as $100 million a quarter  – higher in the winter months for the Northern Hemisphere – with that negative earnings figure turning massively positive.

Before today, SLNG was trading at around a $100 million market cap for a little less than $100 million in annual revenue. We think it should be trading at a minimum $400 million market cap based on this new reality. But a $50 target or a $912 million valuation seems fair. That’s approximately a doubling of the revenue multiple from 1x to 2x, but it has merit as the company will be bringing in big net income numbers instead of small losses.

Yesterday SOBR Safe, Inc. (SOBR) most than tripled seemingly out of nowhere. From less than $1 to over $3. This is where you want to pay close attention to WBEV, as it’s SOBR’s evil twin brother. SOBR is an alcohol detection technology company while WBEV is a wine delivery service. Everything about them is eerily similar:

The 52-week range, shares outstanding and float are all comparable. A couple of days ago WBEV shot up to $1.59 from $0.71 but actually made its new low of $0.65 the next day. But the stock price has been resilient since. Usually on a pump and dump with high volume, the stock sinks on ever decreasing volume. The opposite is happening here. WBEV followed up its 7 million volume day with 408,000 and 180,000 in volume for the last two days. But in those two days the stock has gone from making a new 52-week low to back up over $1.00. This is a very bullish sign that a sustained run is at hand. Expect to see a SOBR day here soon. Based on SOBR’s move to $3 from less than $1, it’s fair to target a similar jump to $3 for WBEV.