A new best buy savings deal has launched enabling savers to secure a 3.47 per cent return when fixing for one-year.

Castle Trust Bank is offering the deal, which is the one-year bond that now tops the independent This is Money best buy fixed rate savings tables, having leapfrogged those launched over the past week by BLME and Charter Savings bank – both paying 3.4 per cent.

Someone stashing £20,000 in Castle Trust’s account could expect to earn £694 in interest after one-year. 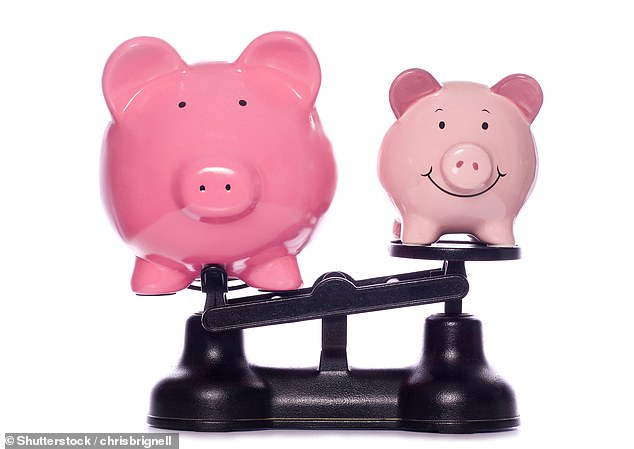 The fixed rate account can only be opened and managed online with interest being paid at the end of the 12 month period.

All deposits are protected by the Financial Services Compensation Scheme, up to £85,000 per individual.

What is Castle Trust Bank?

Castle Trust was founded in 2012 and and is backed by US private equity giant, J. C. Flowers & Co.

It applied for its banking licence in 2018 and gained full authorisation in June 2020. It released its first savings deals last year, with all its accounts being FSCS protected.

The bank, based in Basingstoke, operates without any branches. It uses savings deposits to fund lending operations.

It primarily provides mortgages for experienced buy-to-let investors and high net worth individuals as well as business loans.

It says its mortgages and loans are often provided to those who have high quality assets but unconventional income.

It scores respectively in terms of online ratings, albeit with only a small number of reviews. It scores 3.9 out of 5 on Google reviews, 3.4 out of 5 on Trustpilot.

This 3.15 per cent is currently the market leader among fixed rate cash Isa savings deals and will enable savers to shield any interest they earn from the taxman.

This is because any interest savers receive exceeding the personal savings allowance (£1,000 for basic rate taxpayers and £500 for higher rate taxpayers), will be taxed each year.

‘With 3.5 per cent available on fixed rate savings, some higher rate taxpayers need less than £15,000 in savings to trigger a tax bill.

‘During times of high inflation, every pound counts and nobody wants to pay tax on their savings.

‘Many people could be better off moving part of their savings into an Isa, where the interest they receive is tax free.

‘With inflation rampant, those looking for the real growth on their money and willing to take more risk with their investments should consider investing in a stocks and shares Isa that offers the potential to beat inflation over the longer term.’

Castle Trust Bank’s cash Isa deal must be opened and managed online, with a minimum of £1,000 required to open the account. It accepts transfers in.

Like with the fixed rate bond, savers can only withdraw their money without incurring any charges at the end of the 12 month period.

The next best one-year deal is offered by Santander and pays 3 per cent.

Currently, inflation is 9.9 per cent, with no accounts currently coming close to matching this.

Meanwhile, base rate is 1.75 per cent after a number of rises since December which has been the catalyst for savings deals improving.

However, another rate rise is expected on Thursday, with forecasters expecting it be 0.5 or 0.75 percentage points, which could result in savings deals heading higher in the coming months.