At least eight people have been transported to area hospitals on the west side of Chicago following a building explosion Tuesday morning.

Several of the individuals are reportedly in critical condition and the Chicago Fire Department has requested 10 additional ambulances and is sending a mass casualty vehicle to the scene of the collapse.

A bomb squad and agents from the Bureau of Alcohol, Tobacco, Firearms and Explosives are also on the scene.

The four story red-brick building is located in South Austin, Chicago on West End Avenue. The explosion occurred shortly before 9.30am Central Time.

Buildings next door to the explosion site have also been evacuated. 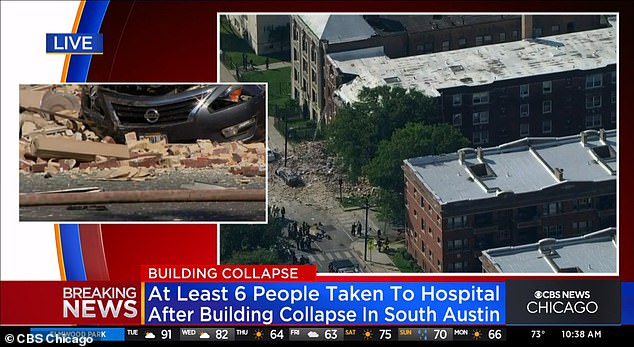 The Chicago Fire Department, as well as ATF agents and a bomb squad reported to the scene of the explosion 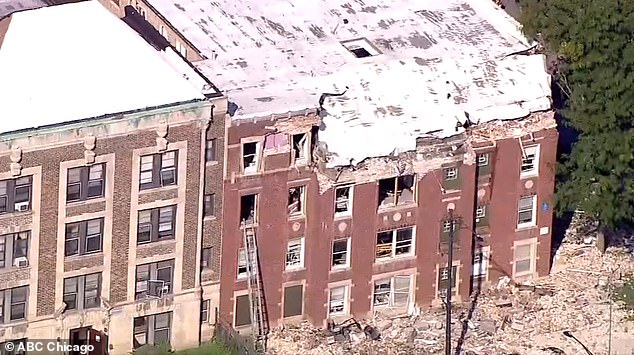 BREAKING: Building explosion on the west side of Chicago. Fire Department on scene requesting five ambulances. Image from SkyCam9 above scene at Washington and Central Ave: pic.twitter.com/9zoxvklb4U 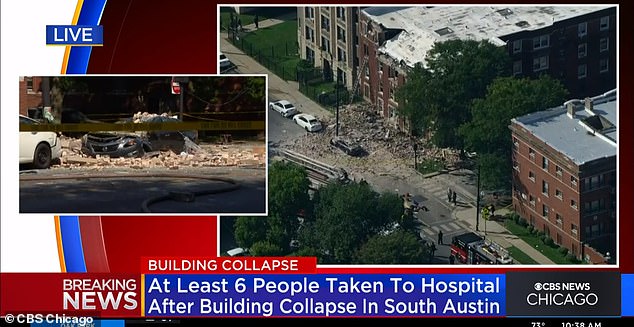 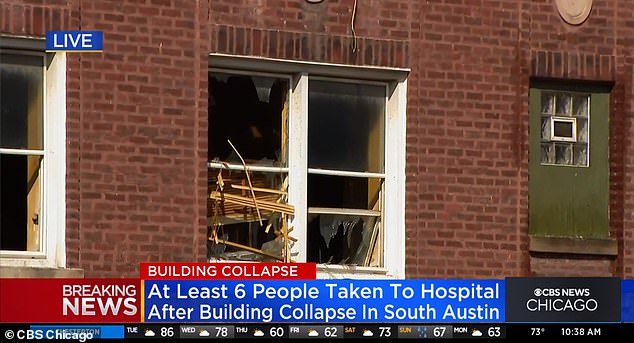 The owner of the damaged  building, Roman Viere, said, ‘Our first concern is the health, well-being and safety of our residents. We are doing everything we can to cooperate with emergency services, and we are ready to do whatever we can to support our residents.’

It is not yet clear what caused the explosion.

Peoples Gas – a natural gas utility serving the city of Chicago – says there is no reason, of now, to believe the incident was caused by a natural gas explosion.

There is reportedly no gas odor and no equipment issues at the scene of the explosion. 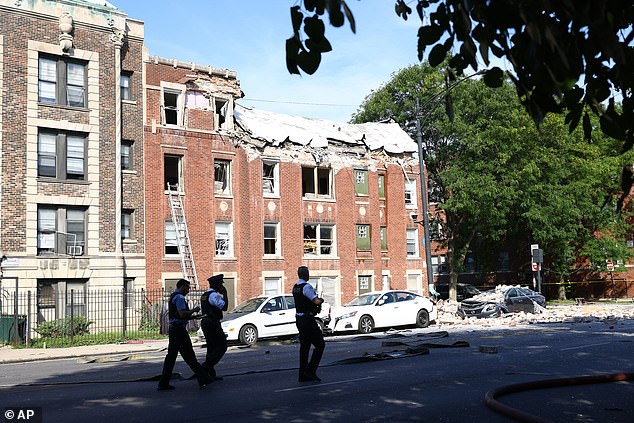