The Queen’s loyal corgis, Muick and Sandy, welcomed the late monarch to Windsor Castle after a long funeral procession, to be laid to rest at St George’s Chapel.

A lifelong animal lover, the Queen spent many happy moments breeding and riding horses — but it is her long relationship with corgis and, later in life, dorgis, that captured the public imagination.

Over the course of a long life, the British monarch saw many corgis come and go, and tried to give up keeping them as she entered her nineties, worrying that younger dogs might be distressed at losing their mistress if they outlasted her.

King Charles III and William, Prince of Wales walk as the coffin of Queen Elizabeth II is carried out after the State Funeral of Queen Elizabeth II at Westminster Abbey on September 19th, 2022 in London, England. Elizabeth Alexandra Mary Windsor was born in Bruton Street, Mayfair, London on April 21st 1926. She married Prince Philip in 1947 and ascended the throne of the United Kingdom and Commonwealth on February 6th 1952 after the death of her Father, King George VI. Queen Elizabeth II died at Balmoral in Scotland on September 8th, 2022, and is succeeded by her eldest son, King Charles III. (Photo by Karwai Tang/WireImage) 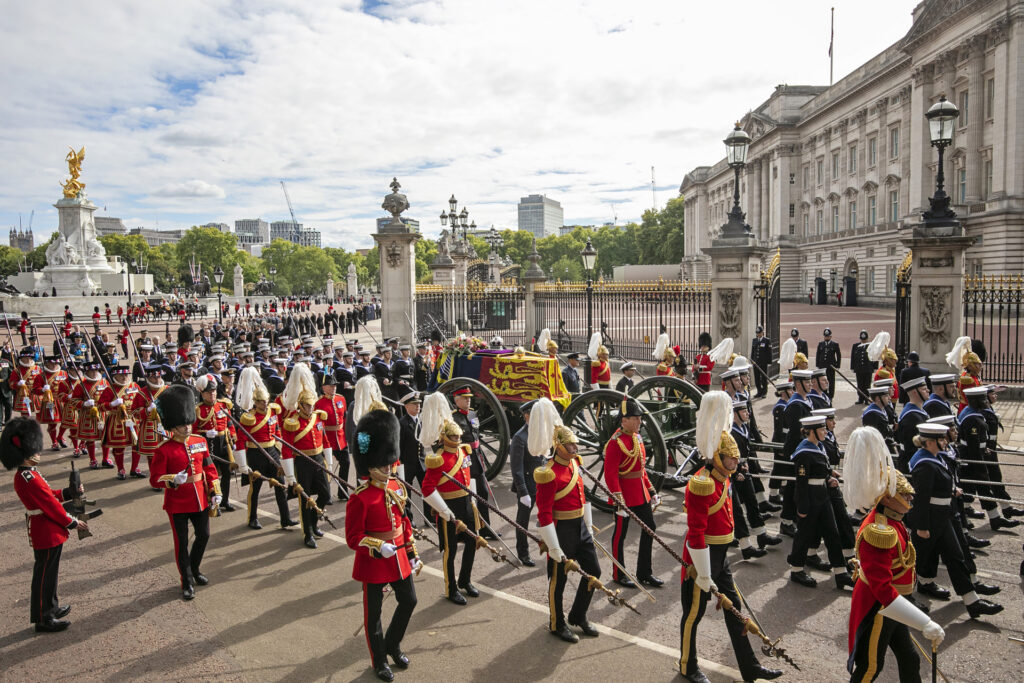 The coffin of Queen Elizabeth II is pulled on a gun carriage past Buckingham Palace following the State Funeral at Westminster Abbey on September 19th, 2022 in London, England. (Photo by Jenny Goodall – WPA Pool/Getty Images) 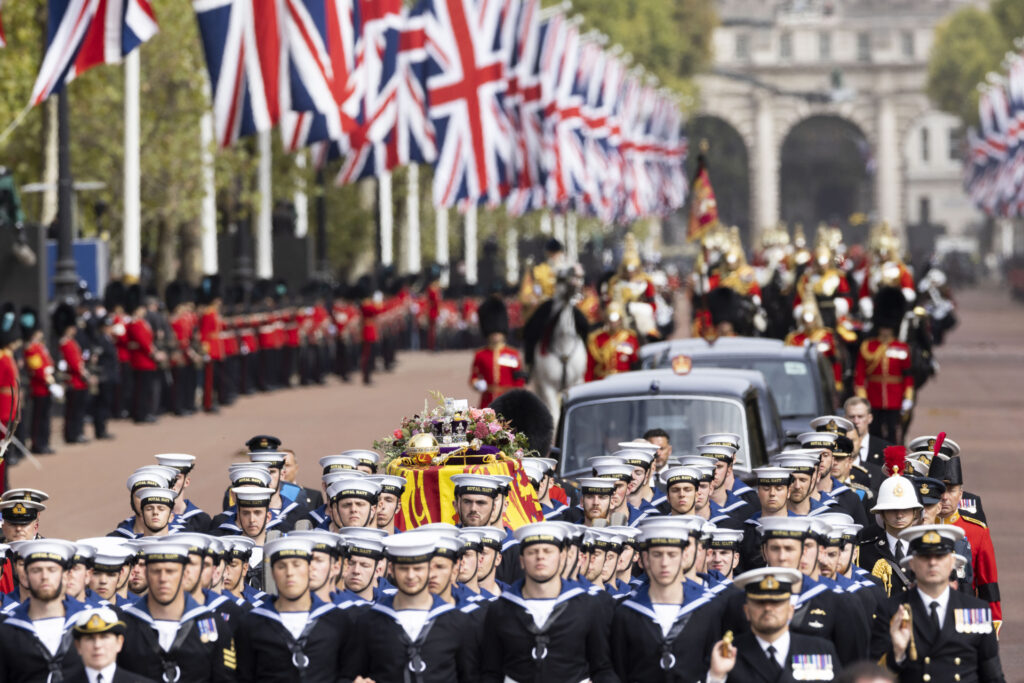 The State Gun Carriage carries the coffin of Queen Elizabeth II, draped in the Royal Standard with the Imperial State Crown and the Sovereign’s orb and sceptre, in the Ceremonial Procession following the State Funeral of Queen Elizabeth II at Westminster Abbey on September 19th, 2022 in London, England. (Photo by Graeme Robertson – WPA Pool/Getty Images)

The Queen could not quite stay away from her beloved breed, and so Sandy and Muick were there to greet her after a long procession from Westminster Abbey in London, where her State Funeral was held, to Windsor Castle, where she is to be laid to rest alongside her husband, Prince Philip, at St George’s Chapel, where she so often prayed. 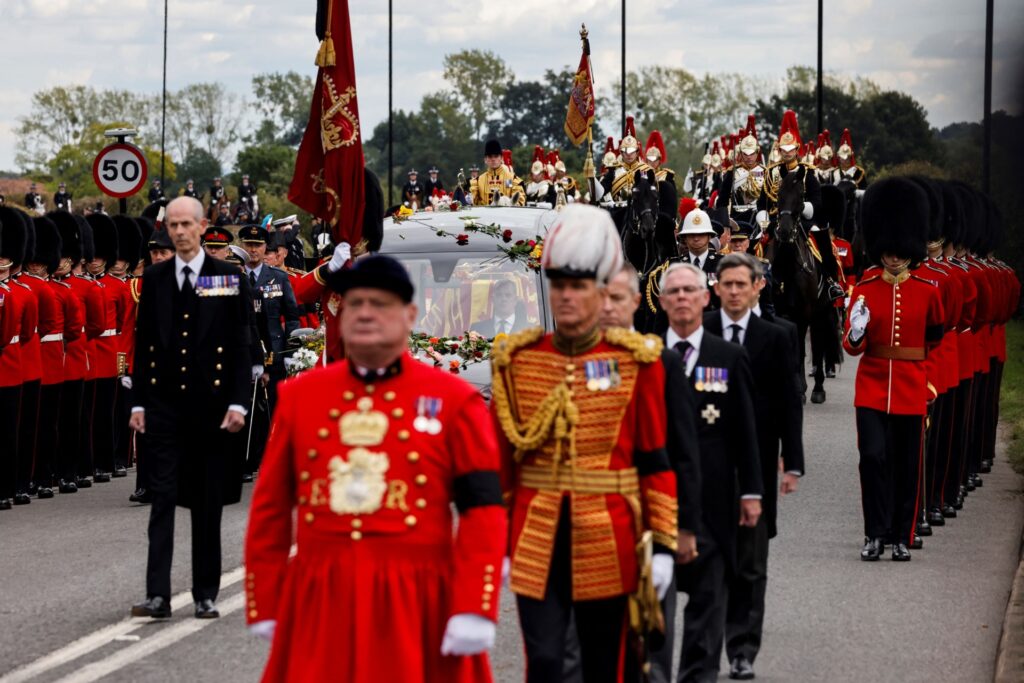 The Procession following the coffin of Queen Elizabeth II, aboard the State Hearse, arrives at The Long Walk in Windsor on September 19th, 2022, to make its final journey to Windsor Castle after the State Funeral Service of Britain’s Queen Elizabeth II. (Photo by CARLOS JASSO/POOL/AFP via Getty Images) 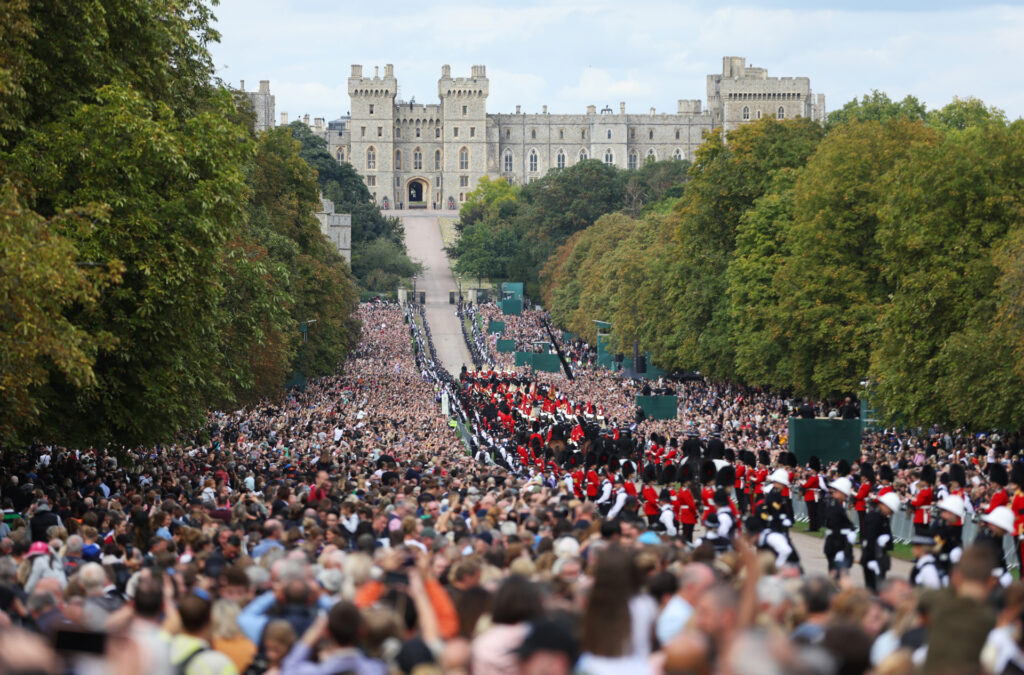 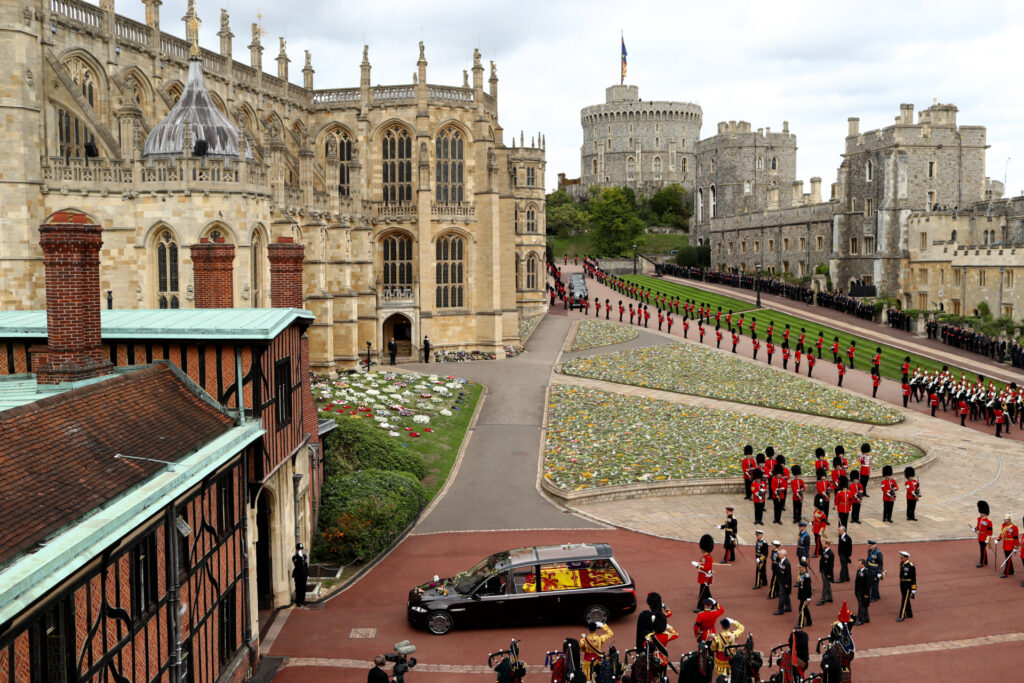 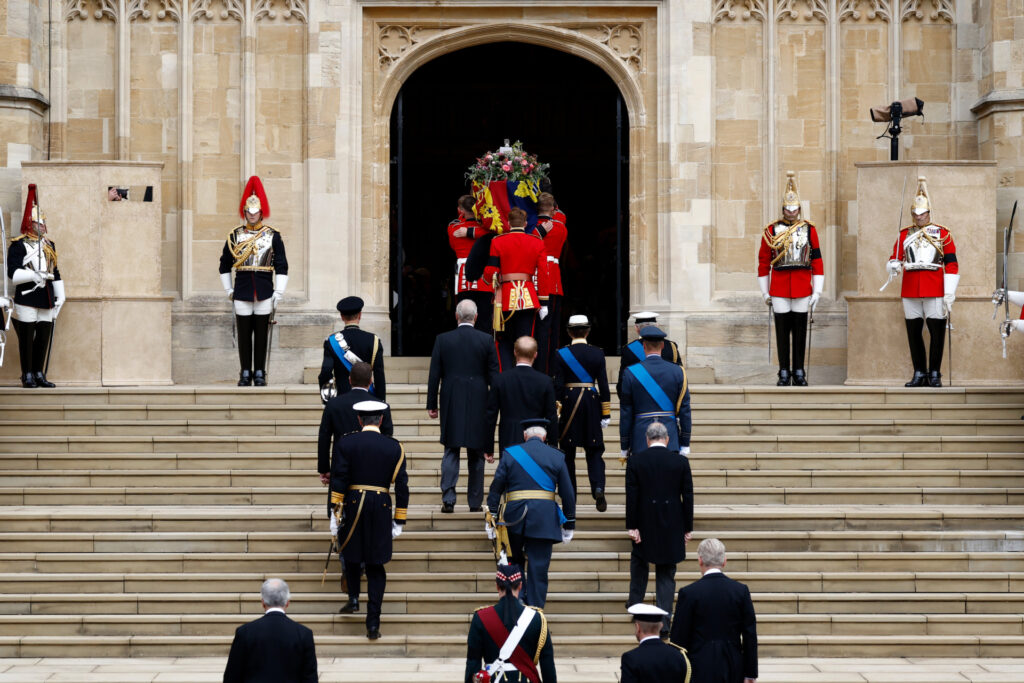