Amanda Holden shared a family photo on Instagram Stories on Sunday as she and her family paid tribute to the Queen in Windsor.

The Heart FM radio presenter,  51, had taken her two children Alexa, 16, and Hollie, 10, her mother, Judith Mary Harrison, 72, and step-father, Leslie Collistor, 75, to lay flowers a day before the Monarch is laid to rest on Monday.

The family resemblance was clear to see with Amanda looking just like her beautiful mother. 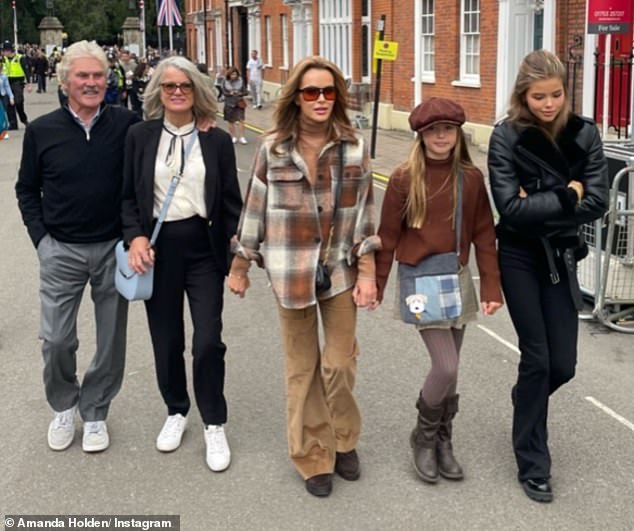 Genes: Amanda Holden, 51, (centre) shared picture of her lookalike mother Judith, 72, (second from left) as the family paid their respects to the Queen alongside well-wishers at Windsor 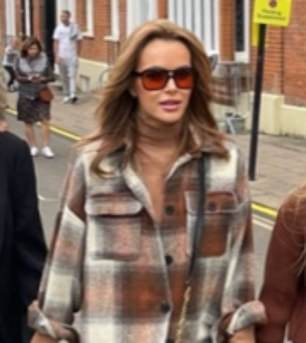 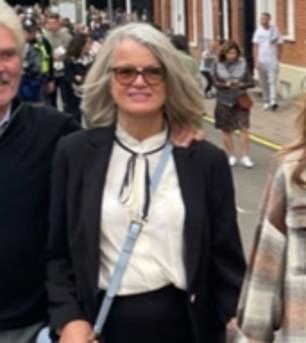 Amanda shared pictured of the hundreds of bouquets of flowers laid by well-wishers as they lined the busy streets.

Judith looked lovely wearing a pussybow blouse and black trousers as she walked alongside her daughter.

The outing comes after Amanda made her way to Westminster Hall on Friday to chat to members of the public who were queuing to view the Queen’s coffin, following Her Majesty’s death on Thursday September 8 in Balmoral, Scotland. 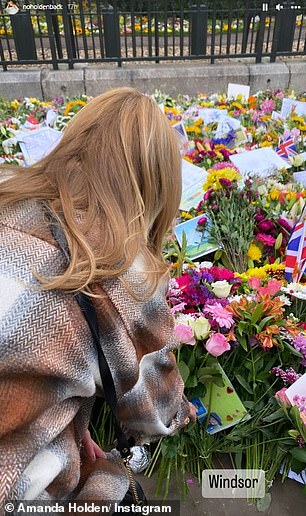 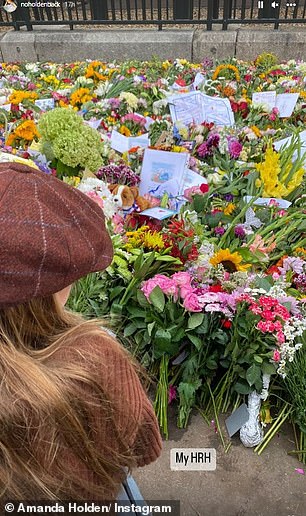 Paying her respects: Amanda shared a picture of herself laying some flowers in Windsor, alongside daughter Hollie, 10 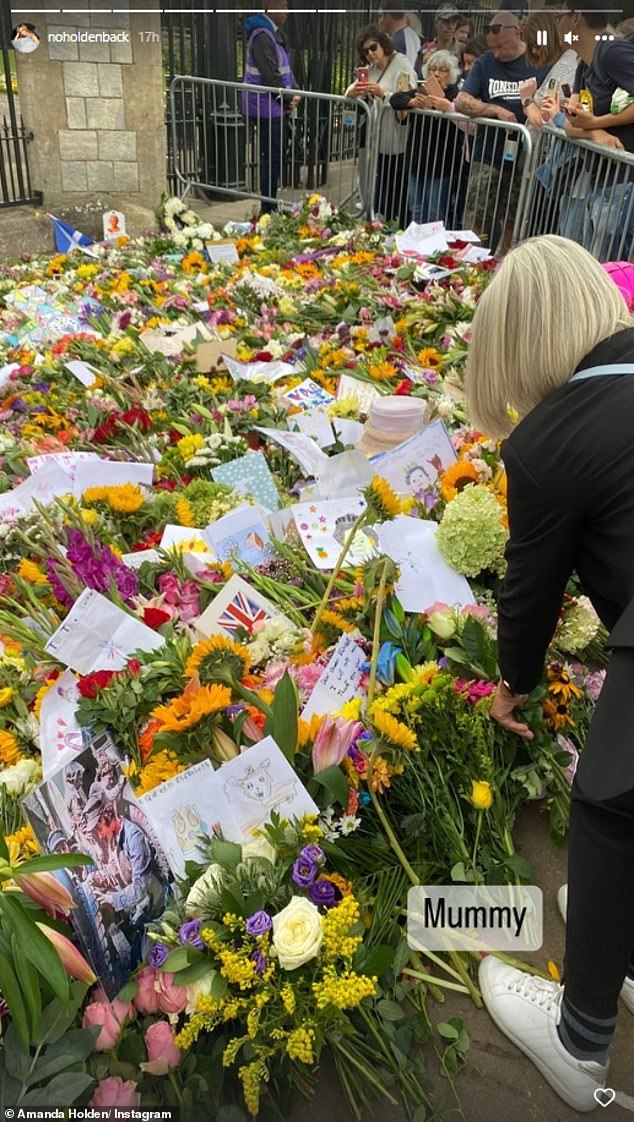 A moment in history: Judith also laid flowers while taking a moment to read some of the poignant messages 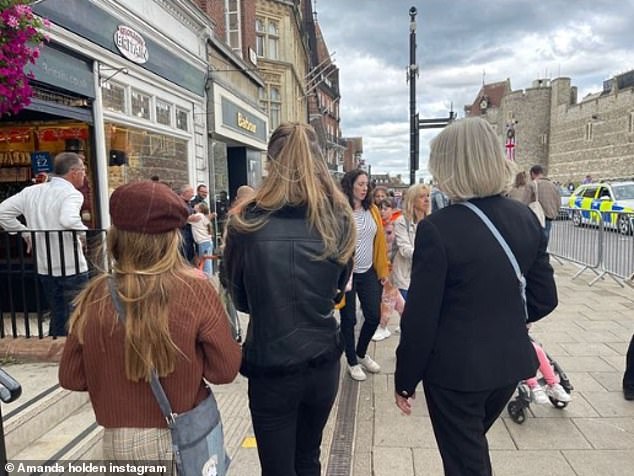 Family first: The ladies were all spending time together as a family on the day 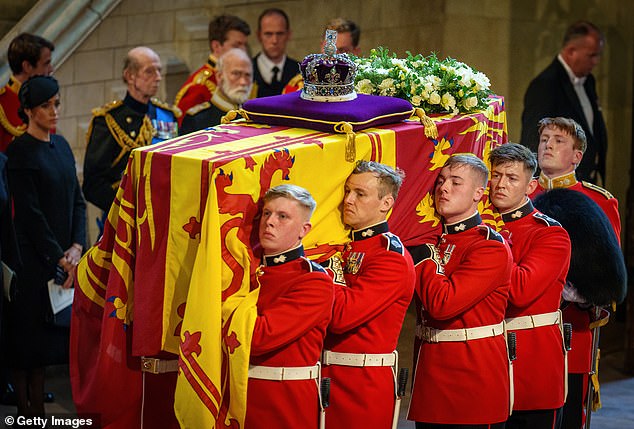 Funeral: The Queen will be laid to rest on Monday following her death two weeks ago

The presenter swapped the radio studio for the crowds of sombre Brits for the news show.

Sharing clips from her visit to Instagram, the TV personality penned that there were ‘Friendships forged forever in shared grief’ among the crowds.

Sharing a video to her 1.8M followers as she looked out, the star wrote: ‘My privilege to talk to some of you queuing and coming out of Westminster Hall this morning. The atmosphere and camaraderie was incredible .. friendships forged forever in shared grief ..’ 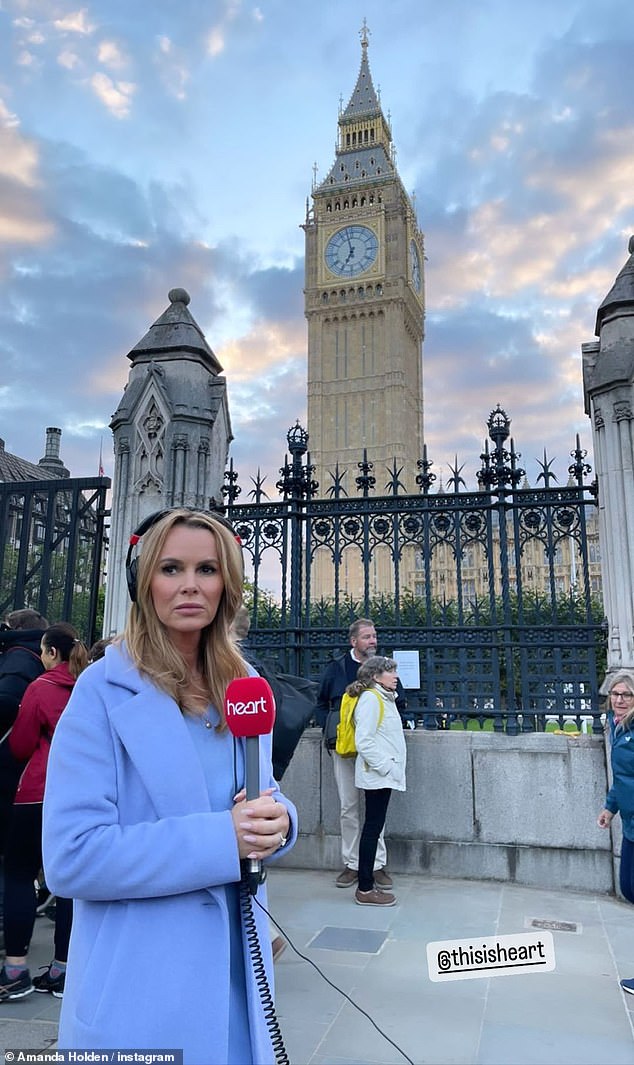 ‘Friendships forged forever in shared grief’: Amanda took to Westminster Hall on Friday as she chatted to crowds who were waiting hours to view the Queen’s coffin 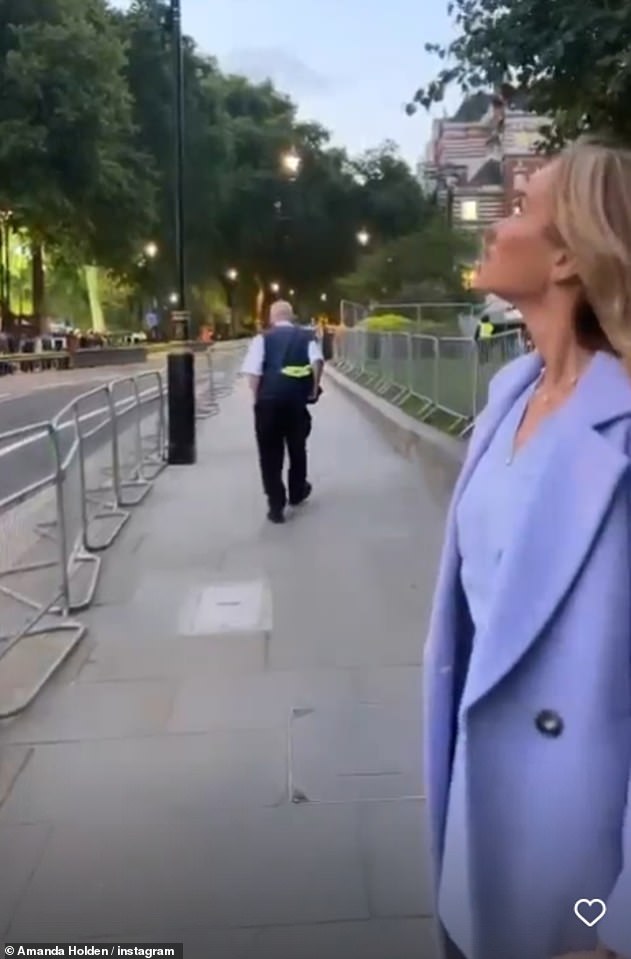 Taking it in: The presenter appeared to be taking it all in as she gazed out at the busy historical landmark

Shared grief: Sharing a video to her 1.8M followers as she looked out, the star wrote: ‘My privilege to talk to some of you queuing and coming out of Westminster Hall this morning. The atmosphere and camaraderie was incredible .. friendships forged forever in shared grief … 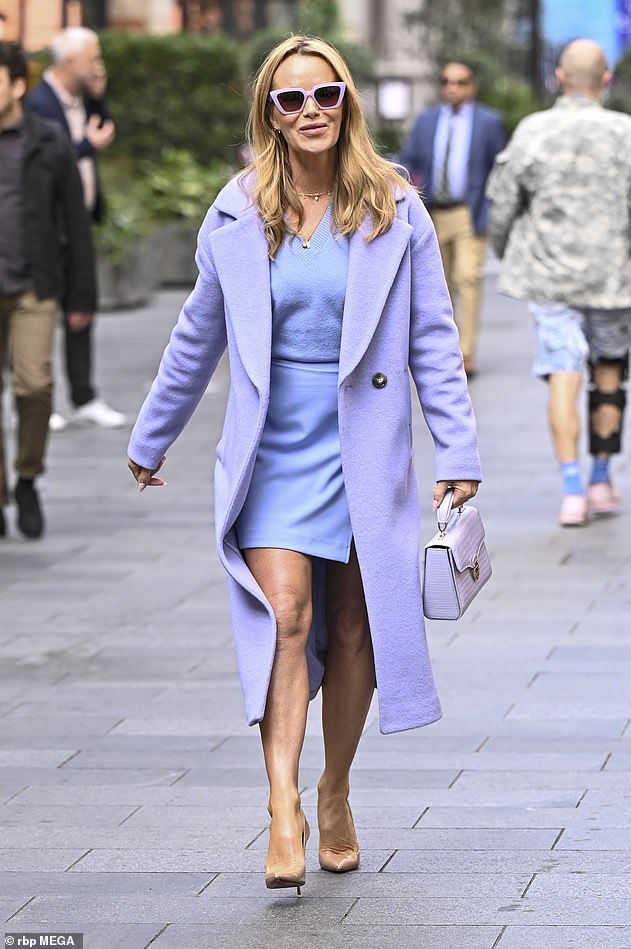 And chatting to the public,  one member of the queue admitted to waiting around ten hours overnight, with Amanda then questioning: ‘Oh my goodness, so you’ve made friends with all these people?’

‘All the way along, they’ve kept everyone going and we’ve kept each other going all the way through, we’d be lost without each other today,’ responded the interviewee.

Describing the atmosphere, Amanda shared: ‘It’s quite sombre and emotional if I’m honest and they all say the same thing – that it was an incredible experience and that the silence is just beautiful.’ 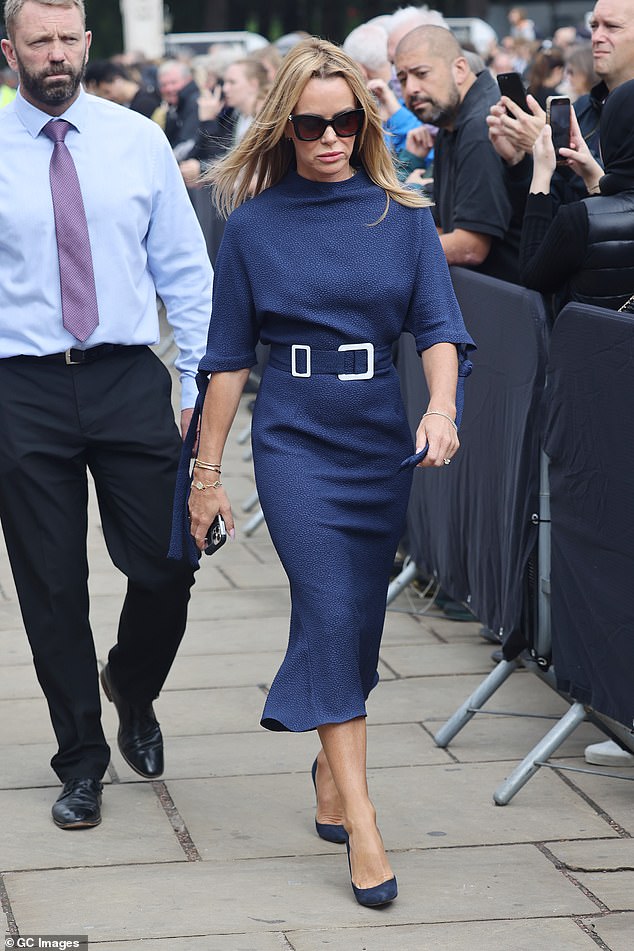 Tribute: Amanda paid tribute to the Queen on Friday as she lay a floribunda rose in her honour outside of Buckingham Palace – following Her Majesty’s passing on Thursday afternoon