Thousands of Australians wrongly believed they were being scammed when they received a text message from their power company warning of an outage.

Residents of Western Australia shared the text online to warn each other of the text message from electricity supplier Western Power – even though it was legitimate.

A link to details of the supposed outage, an obvious grammatical error, and the company’s name being shortened to ‘WesternPwr’ all seemed like dead giveaways. 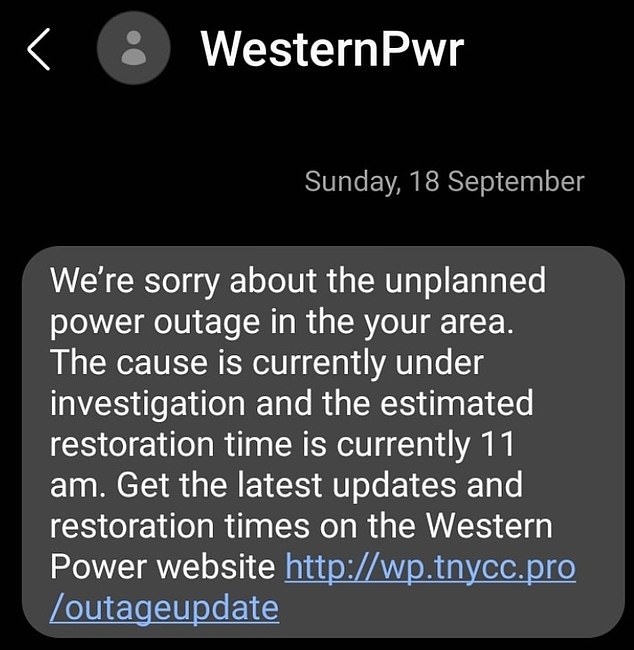 The message told the receiver: ‘We’re sorry about the unplanned power outage in the (sic) your area.

‘The cause is currently under investigation and the estimated restoration time is currently 11am,’ it said, without saying what day at 11am.

However, Western Power confirmed the message was in fact legitimate and the link led to its outage updates page, so its concerned customers had nothing to worry about.

‘This text doesn’t appear to be scam, the link goes direct to the Western Power outages map (we regularly send text messages to customers impacted by unplanned outages),’ the company said.

‘It’s just in a compressed URL format rather than a direct link as there are character limits to SMS messages.’ 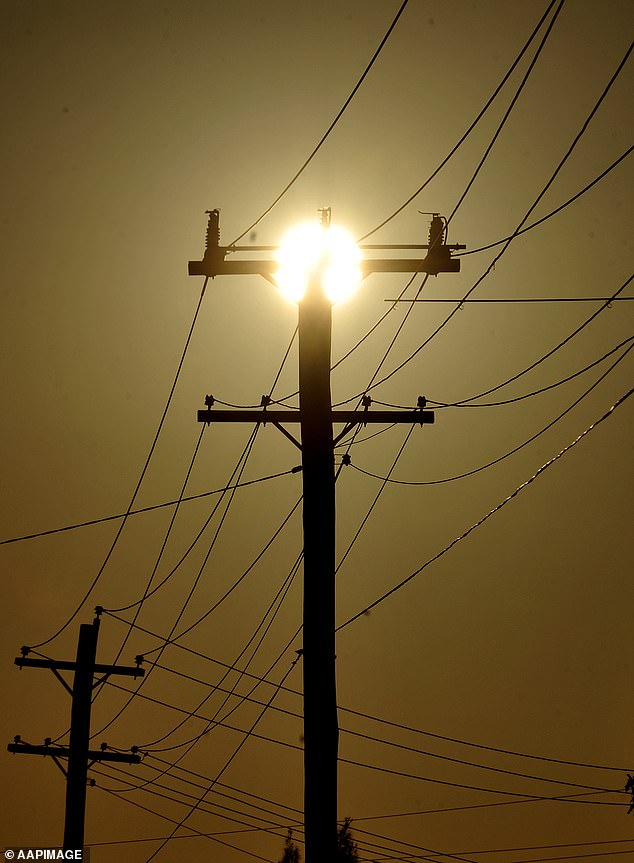 The alarm over the legitimate text comes amid warnings from authorities over SMS scams.

Authorities have urged people to be wary of texts after victims reported losing $2.6 million in the first seven months of this year.

‘We are warning Australians to be very wary of messages from unknown numbers,’ she said.

‘Scammers will stop at nothing to get your personal details or money.’