The powerful storm Fiona has strengthened into a hurricane as it barrels toward Puerto Rico on Sunday, threatening to slam the U.S. territory with life-threatening flash floods and mudslides, according to the National Hurricane Center’s latest update.

The storm, which has already been blamed for one death, was about 50 miles south of the city of Ponce with maximum sustained winds near 80 miles per hour, clearing the threshold for hurricane strength, the NHC said.

Torrential rains and mudslides were also forecast for the Dominican Republic as the storm progresses northwestward. 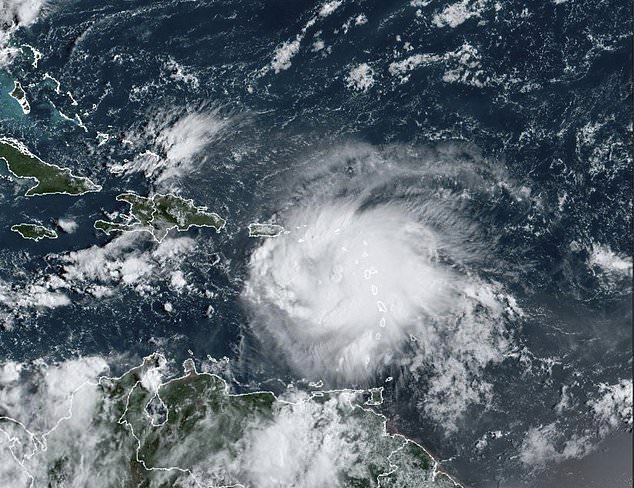 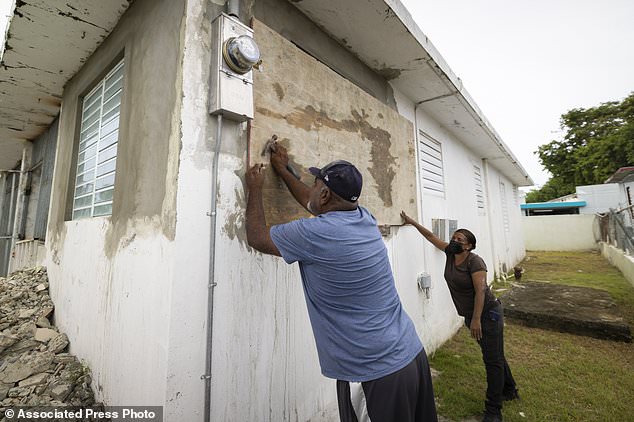 Residents attach protective plywood to a window of their home in preparation for the arrival of Hurricane Fiona, in Loiza, Puerto Rico 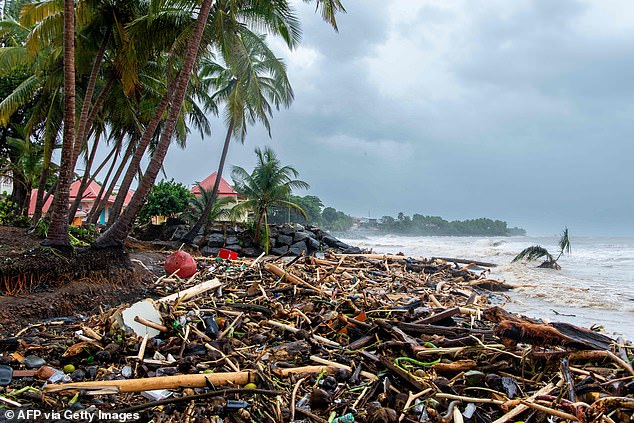 A September 17 photo shows the aftermath of the Fiona storm in Capesterre-Belle-Eau, on the French island of Guadeloupe

Puerto Rico, a Caribbean island of 3.3 million people, could be hit by up to 25 inches of rain.

‘These rains will produce life-threatening flash flooding and urban flooding across Puerto Rico and the eastern Dominican Republic, along with mudslides and landslides in areas of higher terrain,’ the NHC said.

In that category 5 storm, 1.5 million customers lost electricity with 80% of power lines knocked out.

Authorities have opened about 80 shelters and closed beaches and casinos, and residents were urged to seek shelter.

The one death reported so far from Fiona was in the French Caribbean island of Guadeloupe, after heavy rains swept away his house in the Basse-Terre district, authorities said on Saturday.

The storm was forecast to pummel cities and towns along Puerto Rico´s southern coast that are still recovering from a string of strong earthquakes that hit the region starting in late 2019, with several schools still shuttered and debris to be removed.

More than 100 people had sought shelter across the island by Saturday night, the majority of them in the southern coastal city of Guayanilla. 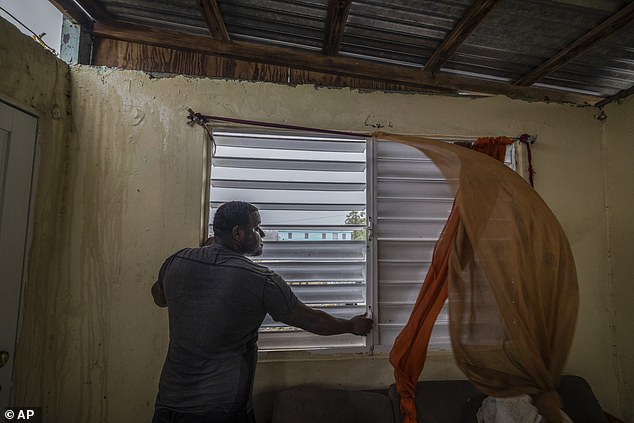 Nelson Cirino secures the windows of his home as the winds of Hurricane Fiona blow in Loiza, Puerto Rico 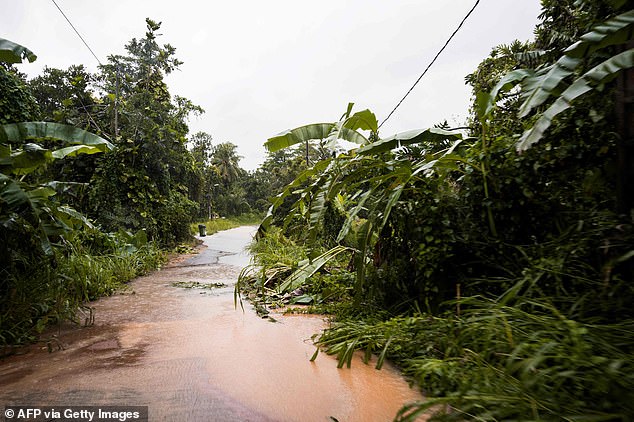 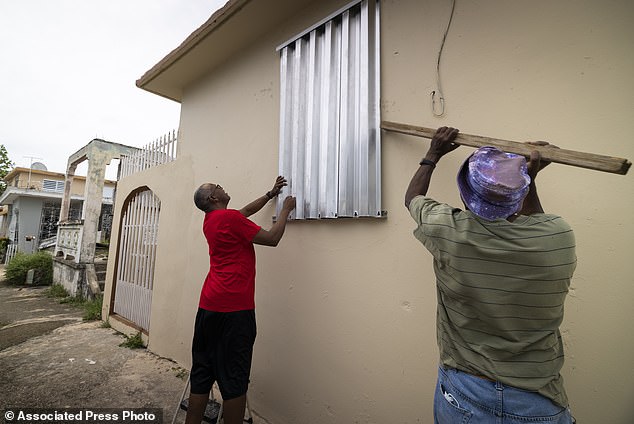 Residents prepare for the arrival of  Hurricane Fiona, in Loiza, Puerto Rico on Saturday 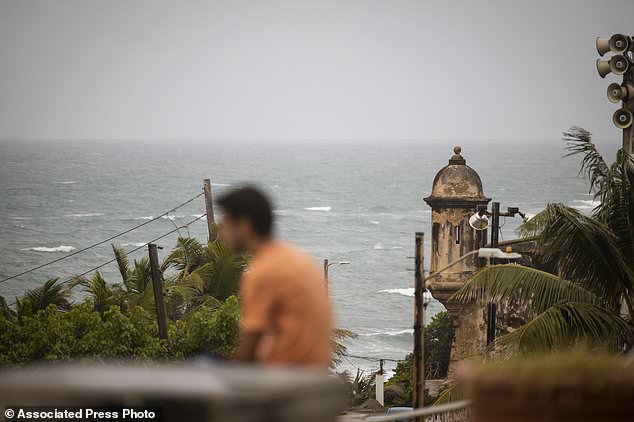 With Fiona due just two days before the anniversary of Hurricane Maria, a deadly Category 4 storm that hit on September 20, 2017, anxiety levels ran high across the island. People boarded up windows and stocked up on food and water.

‘I think all of us Puerto Ricans who lived through Maria have that post-traumatic stress of, ‘What is going to happen, how long is it going to last and what needs might we face?’ said Danny Hernández, who works in the capital of San Juan but planned to weather the storm with his parents and family in the western town of Mayaguez.

‘Hurricane conditions are expected across portions of Puerto Rico Sunday and Sunday night, and are possible across the U.S. Virgin Islands (Saturday night) and Sunday,’ NHC said.

It was forecast to swipe past the Dominican Republic on Monday and then northern Haiti and the Turks and Caicos Islands with the threat of heavy rain. It could threaten the far southern end of the Bahamas on Tuesday.

A hurricane warning was posted for the Dominican Republic’s eastern coast from Cabo Caucedo to Cabo Frances Viejo.

Fiona previously battered the eastern Caribbean, killing one man in the French territory of Guadeloupe when floods washed his home away, officials said.

The storm also damaged roads, uprooted trees and destroyed at least one bridge.