A New York City mom who has been charged with murdering her three children by drowning them on a Coney Island beach was reportedly released from the Administration for Children’s Services without having a psychiatric exam.

Erin Merdy, 30, had mental health issues for years and suffered from post-partum depression but was not properly evaluated just months before she allegedly drowned her three kids, the youngest only four months old.

Merdy sent a terrifying text to family members before her children died that read ‘the babies are gone,’ prompting panic and a search by police that ended with the heartbreaking discovery of the three unconscious children. 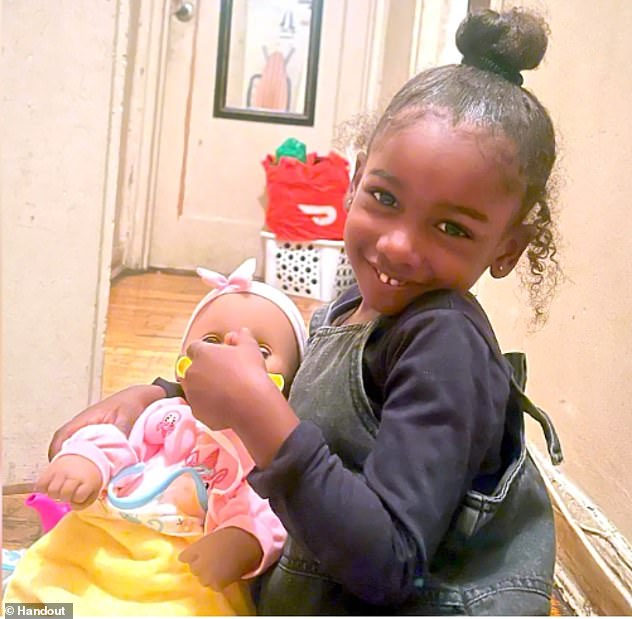 Liliana Stephen, 4, is seen here, playing with a doll and smiling, before she was drowned on Monday alongside her two brothers by their mother Erin Merdy 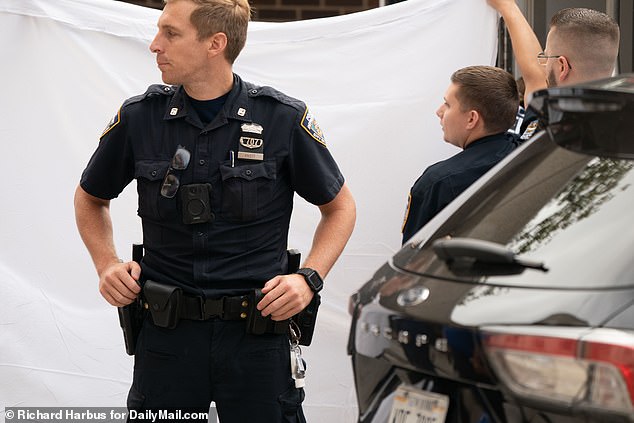 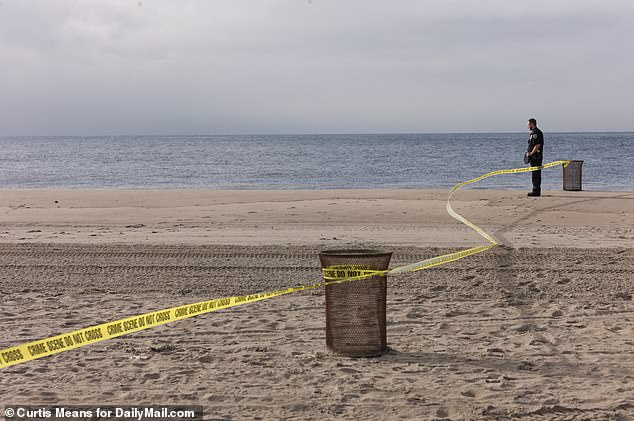 Erin Merdy, 30, is believed to have drowned her three children on Coney Island Beach in the early hours of Monday morning 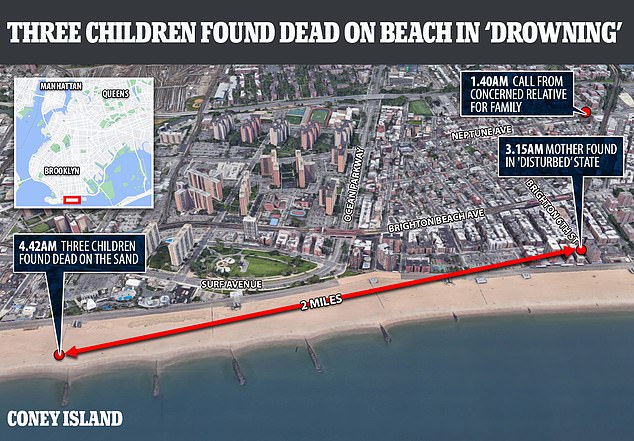 NYPD Chief of Detectives James Essig said the mother had told cops she had a dream about walking her kids into the water.

‘We believe she went into water and drowned the kids… Regarding the motive, we’re going to leave that up to the health care professionals,’ Essig said.

The grandmother of the three children who were drowned say their mother may have suffered from post-partum depression.

Jacqueline Scott, told the New York Daily News that her daughter was a good mother.

‘She might have been going through postpartum depression. She was a good mother,’ she told the publication.

‘I reached out to her yesterday and she said she was doing laundry and I said I wanted to speak to the kids. I tried to call her twice on the phone and there was no answer.’

Scott added that she was one of a number of concerned relatives who had been trying to reach Merdy on Sunday night.

Police were called to an apartment on Neptune Avenue, Brooklyn, at 1.40am Monday morning after a call from a concerned family member.

The caller said that they believed Merdy may have harmed her three children, and officers attended but could not find the family.

At 3.15am police received a second call of a woman in ‘distress’ walking around barefoot on the boardwalk of Brighton Beach, Brooklyn.

Merdy claimed that her three children were missing, before they were found unresponsive on the beach two miles away.

The three children were found unconscious on the beach, and were transported to hospital where they were pronounced dead. 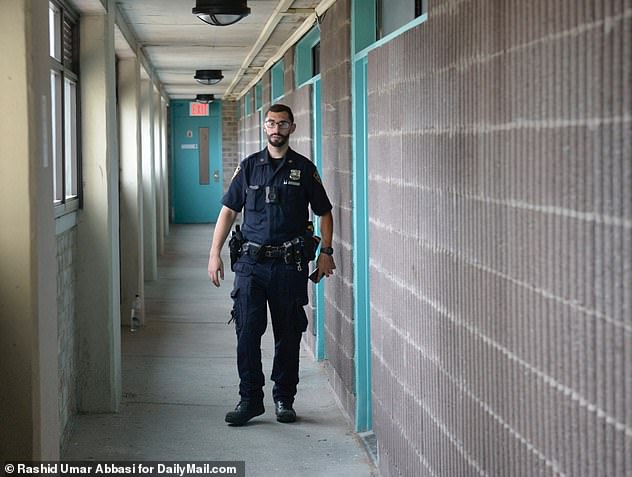 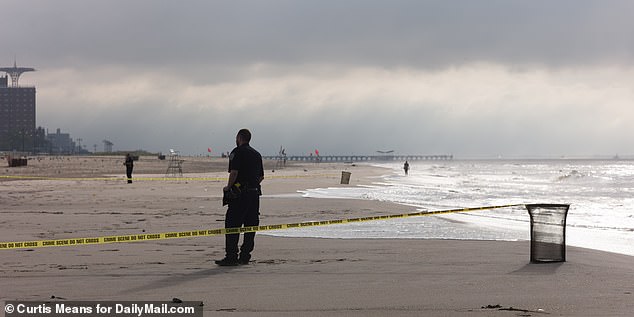 Police were called at 3.15am on Monday morning to reports of a woman, 30, in ‘distress’ walking around barefoot on the boardwalk of Brighton Beach, Brooklyn 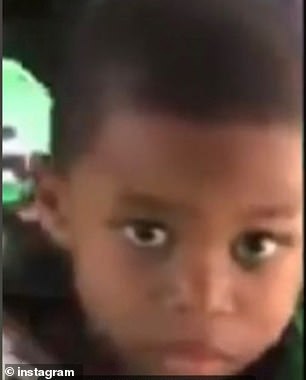 ‘Bright’ Zachary Mendy, 7, was one of three siblings who was found dead on a beach in Brooklyn on Monday

Merdy was initially taken to the police precinct on Monday but was later driven to hospital in an ambulance.

Cops had previously responded to six domestic incidents involving the distressed mother, including one on July 2 where she refused to hand over the children to her husband.

Court records indicated that Merdy had been threatened with eviction for being thousands of dollars behind on her rent.

He told DailyMail.com: ‘This year he did not play, he was supposed to stay with his dad over the summer.

‘I called him Zac Attack. His mom looked pretty normal but we can all mask our problems.

‘Zach was very bubbly, bright, giggly and full of life. The smile on his face was worth the world to me.’

Joseph, 60, a maintenance worker in the building where Merdy lives, said: ‘I’m speechless… To go and drown your children – I wonder what was on her mind and what led up to that.

‘People love their children, was she overwhelmed by the responsibility? It’s just a sad situation.’ 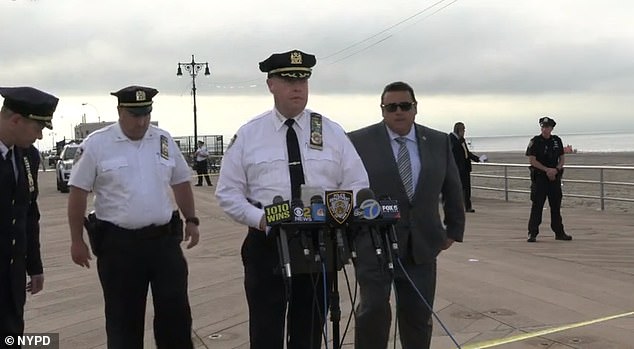 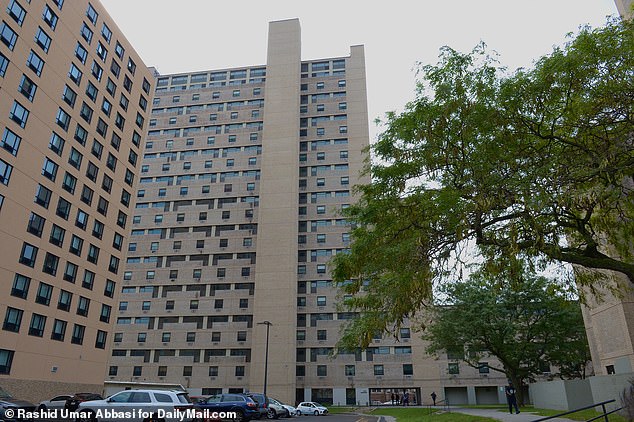 The father of one of the children reportedly told officers at her apartment block, pictured, that  he was concerned for their safety, after their mother made several statements saying she would harm them

Merdy reportedly told officers that her three children were missing, before they were found unresponsive on the beach three miles away 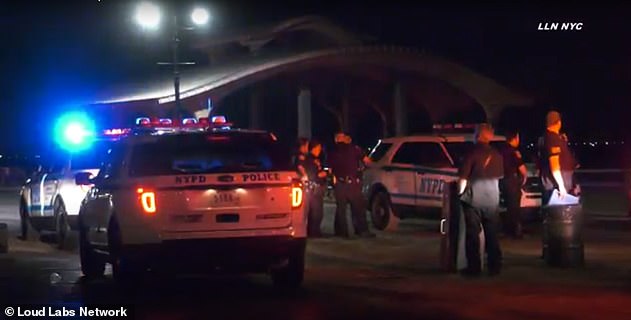 The children, a seven-year-old boy, four-year-old girl, and three-month-old baby girl were rushed to hospital but pronounced dead on arrival

Victor Rodriguez, 54, another neighbor, added: ‘I used to see her all the time, her kids would always ask if they could pet my dog.

‘Everything seemed fine with her but when Covid hit she looked depressed. She wasn’t so friendly anymore. And kept to herself.

‘It’s devastating, especially when you know the kids. They were very sweet and respectful they seemed happy kids – not a care in the world.

‘I think Covid had something to do with it. Before Covid and after Covid it was like Dr Jekyll and Mr Hyde – two different people.’

An NYPD spokesman added that there were no known prior instances of abuse or neglect against the children.

Police are appealing for witnesses or anyone with information on the tragedy to come forward.

Anyone with information is asked to call Crime Stoppers at 1-800-577-TIPS.